Official: Man Utd Unveils Antony after Signing him from Ajax for a fee of £85m 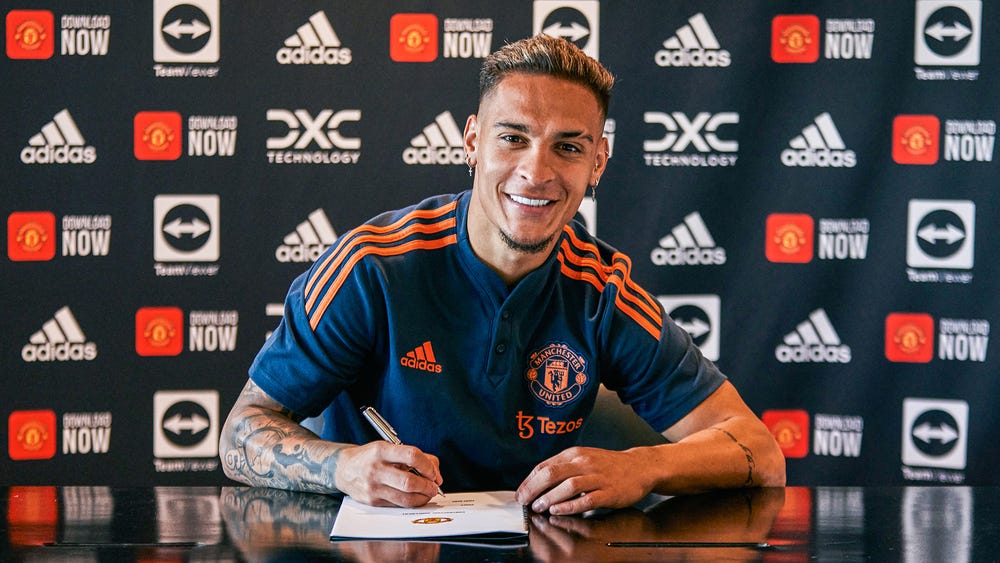 
A long-running recruitment saga has finally come to a close, with the 22-year-old having been identified by the Red Devils as a top target early in the summer window. He has signed a five-year contract at Old Trafford, reuniting with ex-Ajax boss Erik ten Hag. 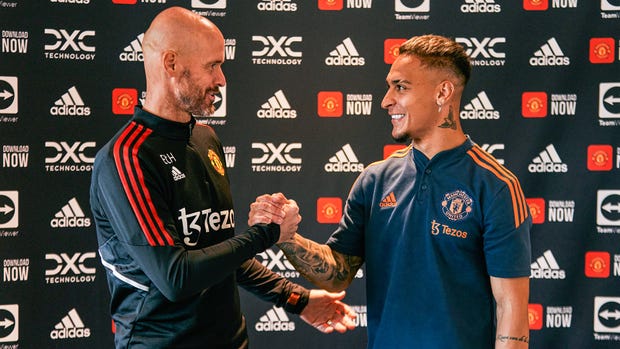 Antony has told the club's official website: "This is an incredible moment in my career to be joining one of the most iconic clubs in the world. Playing under Erik ten Hag at Ajax was perfect for me and my development. His style of football and coaching brings out the best in me, and I am excited by what he has told me about his plans and ambitions in Manchester.

"I can’t wait to join my new team-mates and play my part in bringing success to Manchester United.”

Antony’s arrival adds more firepower to the collective ranks at United, with a man that hit 25 goals through 82 appearances for Ajax set to fill a wide attacking role in a system that favours a front three. 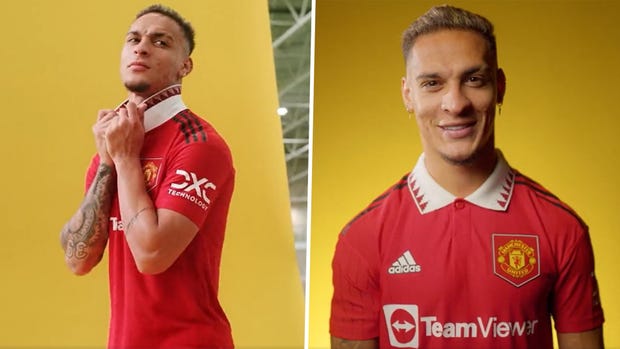 The South American's debut for United could see him thrown in at the deep end, with the Red Devils set to face old adversaries Arsenal – who have made an impressive start to the 2022-23 campaign - on September 4. LastKobo.com.ng